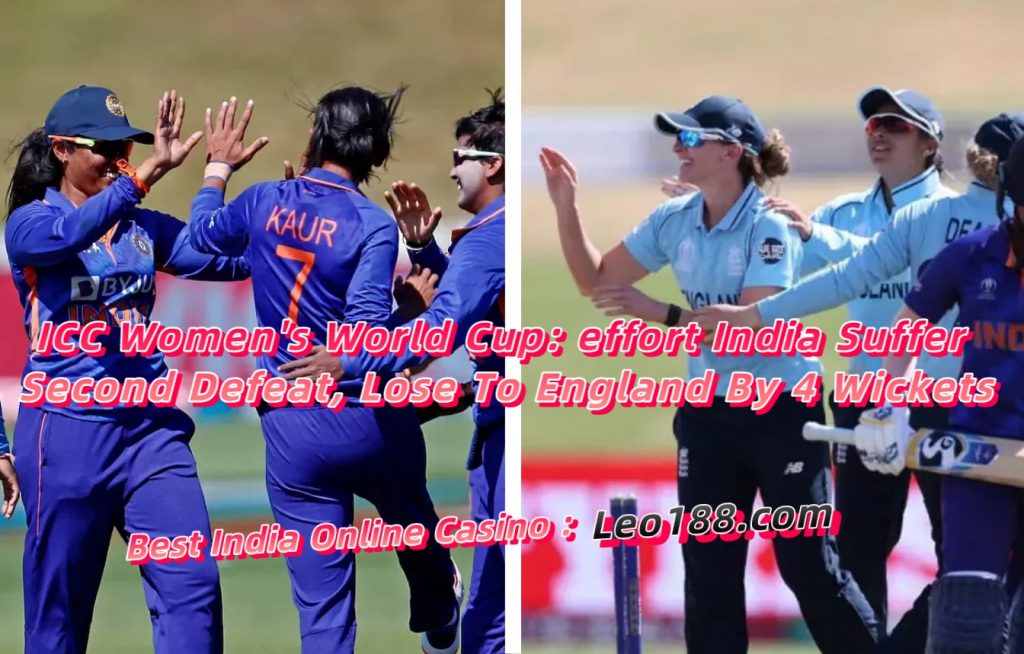 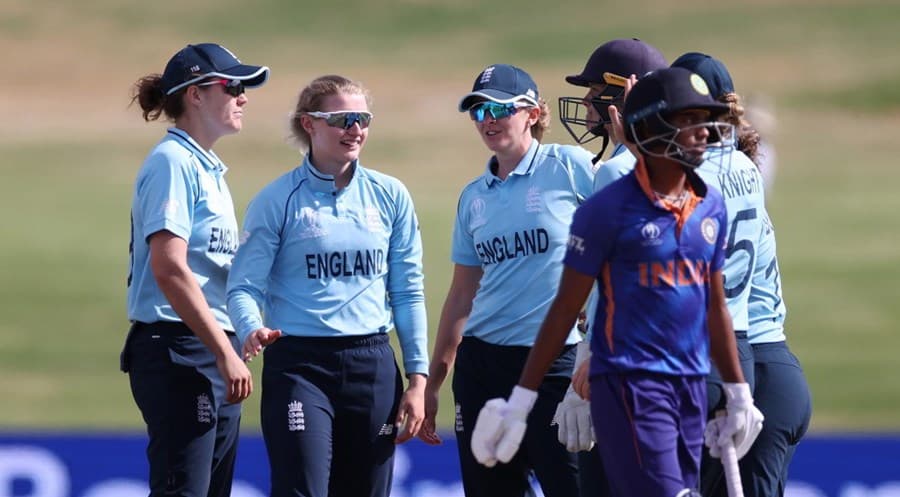 A below-par batting effort cost India dear but defending champions England earned a new lifeline in the ICC Women’s World Cup with a four-wicket victory on Wednesday. It was a must-win game for the title holders, who had lost all three matches before this contest. They moved up to six from seventh. India now have two wins and as many defeats from four matches and stay in third position. All India could manage was 134 in 36.2 overs with Smriti Mandhana top-scoring for the side with her 35-run knock. Wicketkeeper batter Richa Ghosh made 33 after India opted to field first.

Charlie Dean (4/23) was the pick of the bowlers for England while Anya Shrubsole (2/20) also chipped in with two wickets. 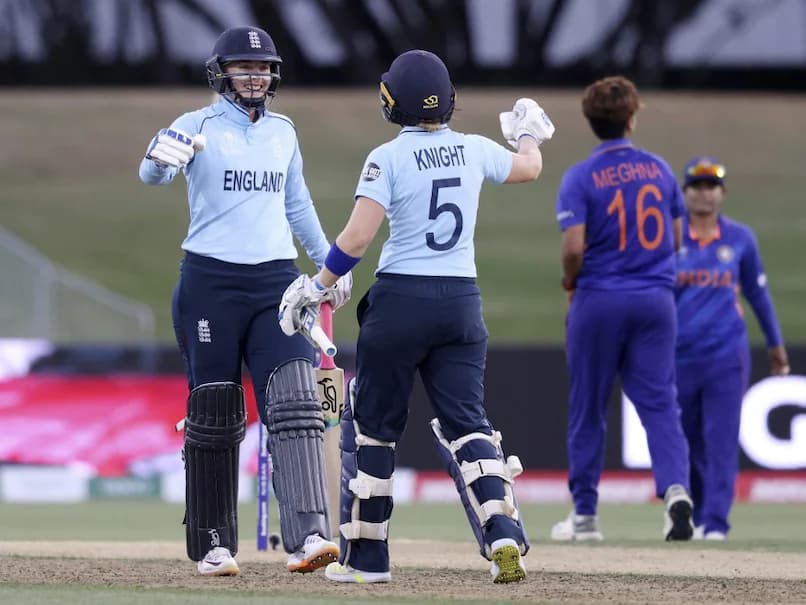 The four-time champions England stuttered a bit before crossing the finish line in 31.2 overs with skipper Heather Knight leading from the front with an unbeaten 53-run knock. 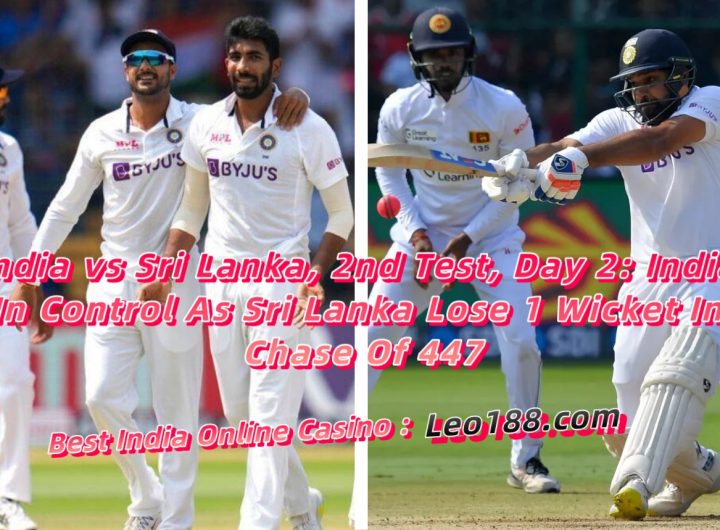