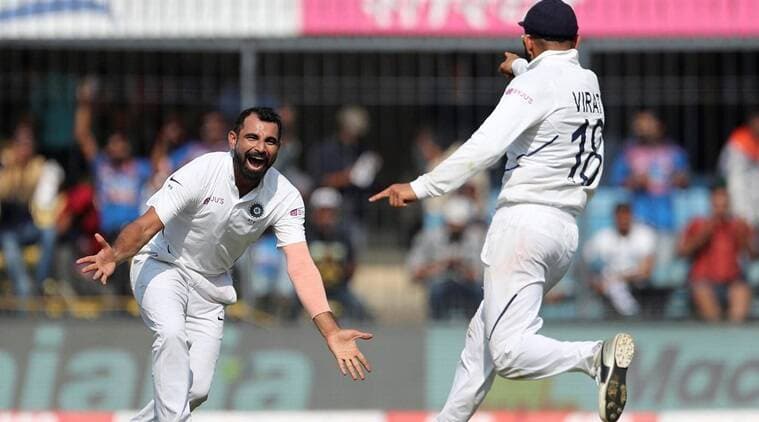 Mohammed Shami defended India teammate Virat Kohli, who has come under scrutiny for not scoring a century in international cricket since November 2019.

Virat Kohli has come under scrutiny in recent times, having not scored a century in international cricket since November 22, 2019, when he smashed his 70th ton against Bangladesh in Kolkata. Many have questioned if Kohli’s best is past him. But the swashbuckling batter received support from teammate Mohammed Shami, who lashed out at his critics. “So what, if he (Kohli) has not scored a century. A century doesn’t define how big a player he is. It is not that he has not scored runs”, said the Team India pacer, while speaking to India.com.

Kohli recently stepped down from India’s Test captaincy after their 1-2 red-ball series defeat to South Africa in January.

Earlier, the RCB cricketer had quit T20I captaincy and was soon removed from the ODI role too. The Indian cricket board announced Rohit Sharma as the full-time white-ball skipper in December last year.

Under Kohli’s leadership, Shami became one of India’s key bowlers along with Jasprit Bumrah. Praising his teammate’s leadership skills, Shami labelled him as “a bowler’s captain”.

“Kohli’s energy is the best thing and that rubs on to the rest of the team. He is a bowler’s captain and always gave us the freedom to express ourselves. He would always take our opinion and ask for options”, he stated.

“We have spent so much time together and there are so many memorable moments. It will always remain with me and it is difficult to pick or choose any one such moment”, he further added.