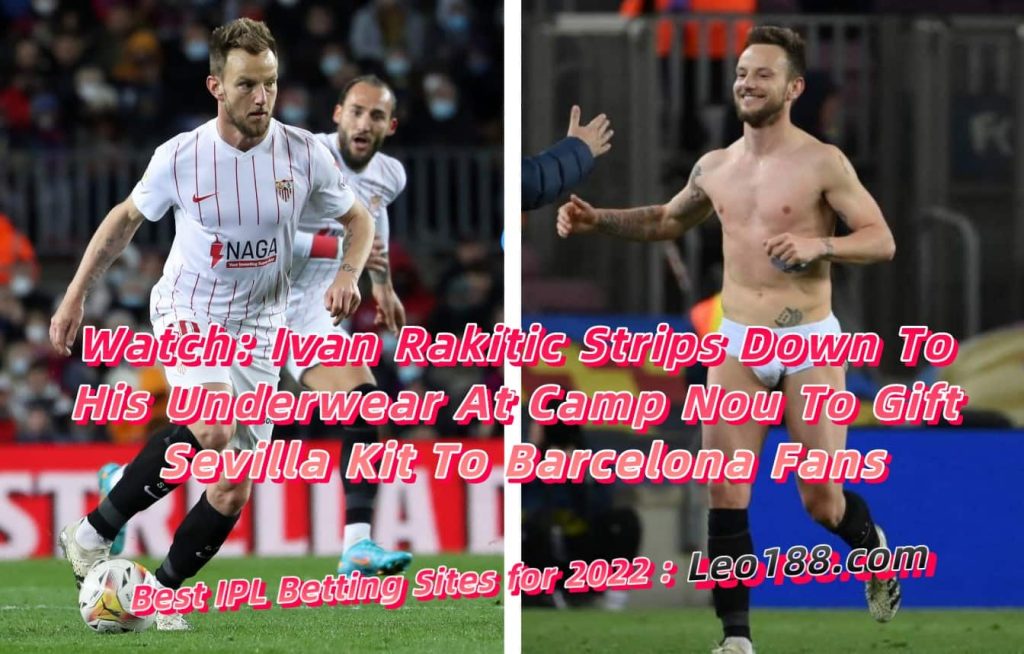 La Liga: After Sevilla’s defeat, Ivan Rakitic stripped down to his underwear and gifted his full kit to Barcelona fans at Camp Nou.

Pedri was the star performer as Barcelona sealed a 1-0 win against Sevilla at the Camp Nou on Monday. The Spanish midfielder scored in the 72nd-minute which also proved to be the match-winner as the Catalan outfit maintained their winning run. The youngster received plenty of plaudits for his performance and goal. Other than Pedri, the spotlight was also on Sevilla’s Ivan Rakitic, who left Barcelona in 2020 to join his current team. After the game, the Croatian midfielder thanked the Barcelona fans for their support and also stripped off his entire kit before gifting it to fans in the crowd.

Here is the video of Rakitic stripping down to his underwear and gifting his Sevilla kit to fans:

The win helped Barcelona climb to second position in La Liga table with 57 points from 29 games, with Real Madrid in pole position with 69 points from 30 matches.

Meanwhile, Atletico Madrid are third with 57 points from 30 matches and Sevilla are fourth with 57 from 30 fixtures. 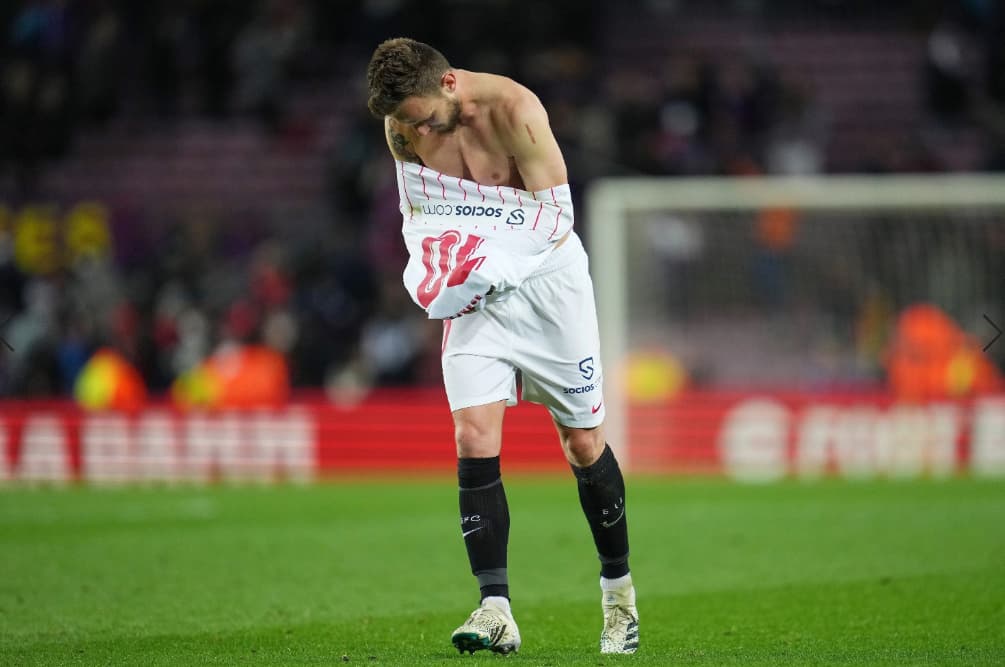 During his time in Barcelona, Rakitic had won everything at the Camp Nou, including four La Liga titles, four Copa del Rey titles, two Supercopa de Espana trophies, one Champions League, one European Super Cup and a Club World Cup.

In the ongoing La Liga season, Rakitic has scored three goals in 27 games. He has also scored a goal in three Europa League appearances and two goals in five Champions League outings. 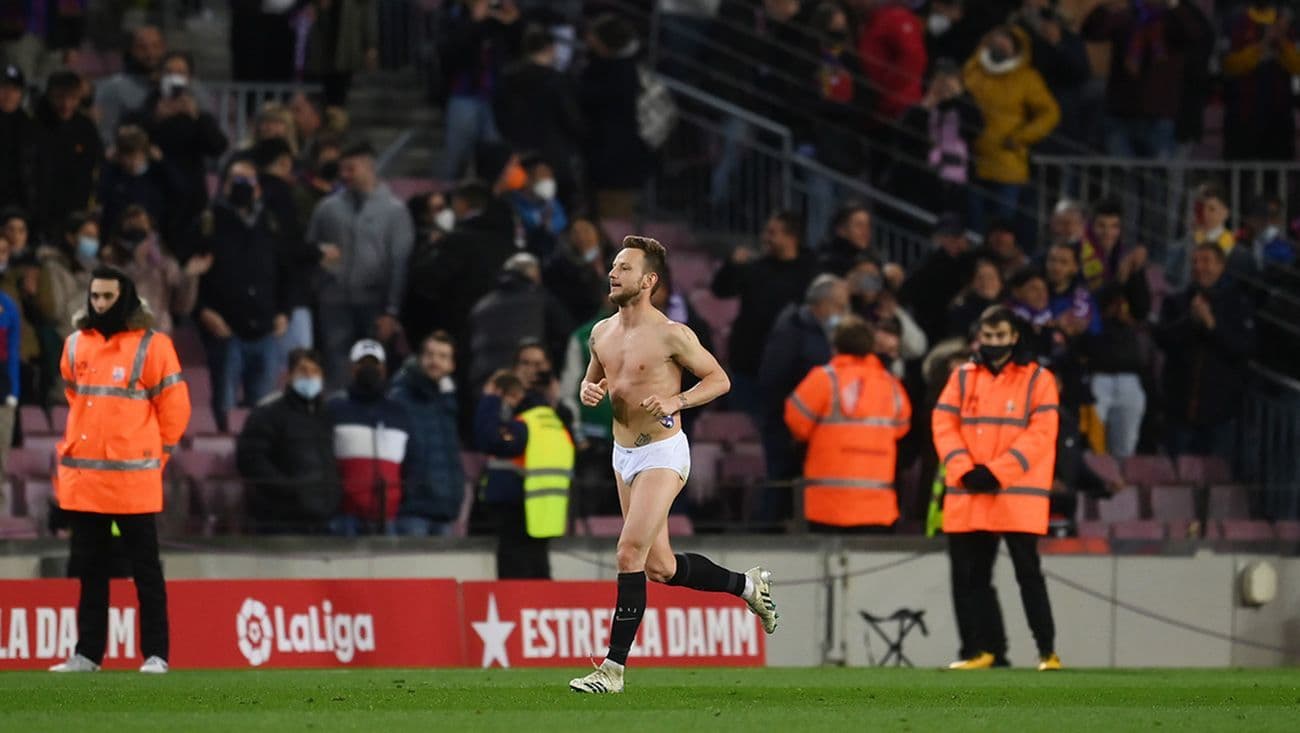