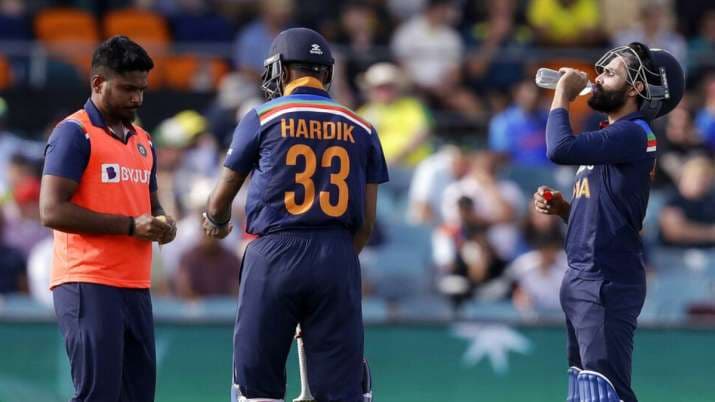 The 27-year-old will turn up for Mumbai Indians in the lung-opener of the Indian Premier League when the defending champions take on Royal Challengers Bangalore on Friday.

India and Mumbai Indians hard-hitting all-rounder Hardik Pandya on Wednesday said he realized the importance of mental health while playing international cricket and credited his family for keeping him in the “right space”.

“When I play international cricket, mentally I realized, because the kind of pressure that came into your life. Obviously, life change for us, but as an individual, you need to cope with all the things,” Hardik said in a video posted by Mumbai Indians on its official Twitter handle.

🗣️ “Just make sure in the day that you’re doing some activity which is adding to your fitness.”

“So for me I realized that mental health is also important, where my family played a big role to make sure that I am in right space.”

The focus on mental health has grown in the last year with the COVID-19 pandemic forcing players to stay in bio-bubbles, where their life is restricted to hotels and stadiums.

The 27-year-old will turn up for Mumbai Indians in the lung-opener of the Indian Premier League when the defending champions take on Royal Challengers Bangalore on Friday here.

Hardik, who has played 60 ODIs and 48 T20s, also dwelled on the importance of physical fitness on the occasion of World health Day.

“Just making sure that in the day, you are doing some activity which is adding to your fitness, that’s very important. And if you look after small things, it’s going to be grateful that it is going to look after your body,” he said.

Hardik’s brother Krunal, who recently made his India ODI debut against England, said he also works hard for the “inner happiness and peace”.

“When we work hard, we work hard for that inner happiness, that inner peace where you can sleep for eight hours, you can laugh for 4-5 hours,” said Krunal, who also played T20s for India and has been a vital part of Mumbai Indians.

Mumbai Indians spinners Rahul Chahar and Anukul Roy also spoke on the importance of physical fitness. “From the time I started playing, as a child, it was clear how important physical health is,” said Chahar.

Roy said: “Maintaining a proper diet is essential, and following the diet is always going to be beneficial.”