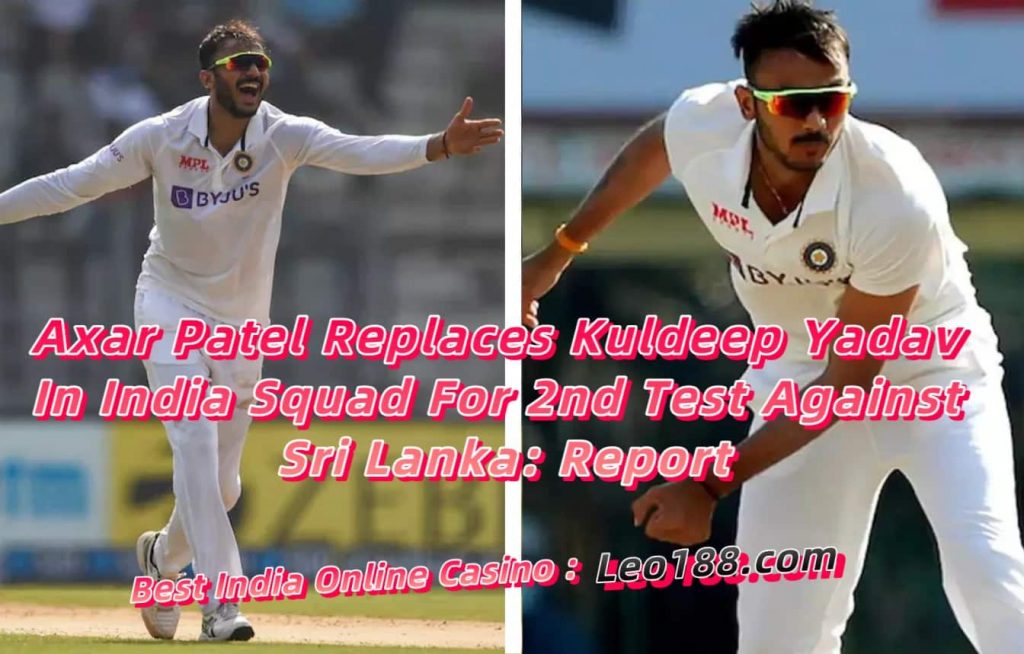 According to news agency PTI, fit-again all-rounder Axar Patel has replaced Kuldeep Yadav in the India squad for the second Test against Sri Lanka.

Fit-again all-rounder Axar Patel has replaced left-arm wrist spinner Kuldeep Yadav in India squad for the second Test against Sri Lanka, beginning in Bengaluru on Saturday. The Indian team management has released Kuldeep from the squad. Axar had been recovering from a shin injury that had forced him to miss the South Africa tour and the T20I series against the West Indies. He had also tested positive for COVID-19 recently.

“Axar was the first choice but had to undergo recovery and hence Kuldeep was a back up,” a BCCI source told PTI.

“Now Axar is fit and back so Kuldeep has been released,” the source added.

At the time of announcing the squad for the two-Test series against Sri Lanka, the BCCI had said Axar was expected to be fit for the second game.

India won the first Test against Sri Lanka by an innings and 222 runs.